The History of Our Congregation

The South Florida Avenue Church of Christ in Lakeland, Florida, had it’s beginning in the year of 1949. A group of about thirty-five members began meeting in a small frame building on Patterson Street at New York Avenue. The building had been used previously as a Jewish synagogue. This congregation met for it’s first service at the Patterson Street location April 17, 1949.

Among those who assumed the leadership from the beginning were W.D. Andrews and M.B. Chambers, who soon were appointed elders. Brother Andrews had served as an elder at Lake Wire and brother Chambers had served as a deacon. Brother L.J. Whitlow, who had been a song leader for the church at Lake Wire and also served as a deacon came with the new group; he and brother Andrews, also a song leader, provided excellent leadership in singing from the beginning.

Although classroom and other improvements were added to the building on Patterson Street it soon became a parent that more room would be needed to take care of the expanding congregation.

Through the foresight of the elders, the property, which we now own on South Florida Avenue, was purchased. It consisted of the house presently used as the minister’s home, two garage apartments located to the northwest of the home, and citrus trees on the lot the present church building now occupies. Members of the congregation cleared the ground of trees and prepared it for construction.

In March of 1960 brother M.B. Chambers acting as contractor with the help of members and subcontractors erected our present auditorium together with eleven classrooms, two nurseries, four restrooms and an office. At different stages the other additions have been made.

The first worship service was conducted October 16, 1960. The membership had increased by this time to 160. Buying bonds, giving vast sums in addition to their regular contributions, this dedicated congregation made financially possible the construction of the building, which we now occupy.

The first preacher, J. Novis Taylor, was with us for one year; B.C. Carr served for three years; Landon Hatley for one year; Everett Mann for three years; Gentry Stults ministered four and one half years. During Mann’s period of work with us, we bought the property at 1807 and 1823 South Florida Avenue. He and his family moved into the minister’s house in 1957. In March of 1960, we started work on the church building and entered it for the first services on the 16th of October in the same year. Gentry Stults was the first to serve as minister in the new building, although he had been working with us at the Patterson Street church for some time. B.C. Carr followed Stults and preached until 1972.

Growth continued and in 1967 the two story classroom annex, providing 13 additional classrooms, offices, library and restrooms were constructed. The School of Preaching was established in 1969 with brother Carr as its director. He continued as minister to the church also. Since this was work enough for two men, brother Carr became full time director of the School of Preaching and J.H. Blackman, Jr. was employed as minister to the church in September of 1972. Frank Pierce became the minister for this congregation January 15, 1976 and served three years.

Robert McAnally came to work with us in July 1979. In June of 1981, an annex was added to the east of the building to provide housing for a large fellowship area for offices and classrooms for the School of Preaching. The new sign and lighted message board was added in October of 1984. For a number of years, we helped support Glenn Sheumaker in a mission effort in Ruskin, Florida; and in August of 1988 he came to work with us as our assistant minister and served in this capacity until his death. Brian Kenyon presently serves as our assistant minister.

On Sunday, June 12, 2015, Brother Bob McAnally announced that he would be stepping down from full-time work as the minister at South Florida Avenue.  Brother McAnally has served the congregation here for 37 years.  In September of 2015, the Elders announced that Hiram Kemp would begin serving as a preaching intern during his last year at the Florida School of Preaching.  On Sunday, January 17, 2016, the elders announced that Hiram Kemp will be our new full-time preacher beginning June 1, following his graduation from the Florida School of Preaching.

Throughout the years of its existence this church has been sound in the faith. It has always believed in and practiced benevolence toward those in need. Since its beginning, it has sent support to the home for orphans at Mount Dora and many other places. We are currently contributing to the Raintree Village Children’s Home in Valdosta, Georgia. It also believes in and practices cooperating with sister congregations in preaching the gospel in difficult places. We have contributed to mission work locally and in numerous foreign fields.  Recent mission work includes support to Graham McDonald in Cumberland, Scotland; Jesus Paguaga in Honduras; Randy Judd in Malawi, Africa; Don Iverson in India; Dub Hill in Russia; Joey Treat in the Pacific Islands; and Ted Wheeler in Ghana, W.A. 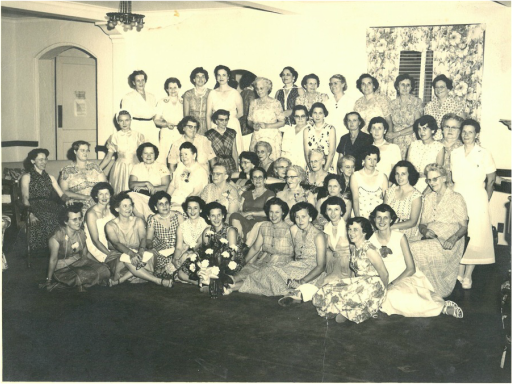